The large conference market is supply-led to a large extent – whilst organisers may debate where they want to hold their event, the question is also “who can accommodate us”?

Africa is a giant that is yet to rise to its fullest height. The MICE industry has thus far given about two per cent of its global business to Africa, a miniscule share undermining the immense potential that the continent has to offer for any kind of meetings, conferences and incentive tours. Of this, about a third were held in South Africa, about ten per cent in Kenya, eight per cent in Morocco and a few in Tunisia, Egypt, Nigeria, Tanzania, Uganda and Senegal.

Let us examine the case of South Africa and its immense capacity to host large MICE events. South Africa is ranked number one in Africa, and 34th globally.  But let’s not think ‘countries’, think ‘cities’ instead – Cape Town, Johannesburg, Durban, Nairobi, Marrakesh, Tunis – cities that actively seek to attract the association events, as well as others. The city benefits enormously from the MICE activity that they may attract. Industry estimates say that the average conference delegate spends six times that of the average leisure traveller!

The large conference market is supply-led to a large extent – whilst organisers may debate where they want to hold their event, the question is also “who can accommodate us”?  Who has the conference facilities, the hotel rooms, the attractions and other essential components of the whole?  Africa can.

The largest single organiser of international association events is the medical sciences sector, including the pharmaceutical industry, and these events can be game-changers for developing countries. We must begin to comprehend just how powerful international association meetings are as a power for good in the world, let alone calculate and communicate their impact.  The same goes for the entire MICE industry, indeed travel and tourism as a whole.  Cities in Africa need to wholeheartedly embrace the MICE industry, and focus on it and its benefits.

According to the South African National Convention Bureau, South Africa hosts about one million delegates at business events every year, supporting over 250,000 jobs directly and indirectly in this sub-sector alone. During the Meetings Africa 2018 conference it was indicated that business tourism contributed R115 billion to the South African economy, with the overall travel and tourism industry’s contribution amounting to R412.2 billion in 2017, or 9.4 per cent of the country’s gross domestic product. According to a Statistics South Africa report, the tourism sector is a major job creator, employing over 686,000 people in 2016, outnumbering utilities (118,000) and mining (444,000) and now employing 4.4 per cent of the workforce.

First-time visitors to South Africa are often business travellers, who upon gaining a first-hand experience of the country, are made aware of the potential for MICE events. Africa needs to be marketed and managed as a destination that is easily accessible and safe to visit, which offers an amazing experience and is full of possibility – not only for Africa-related conferences but for global conferences as well. Sisa Ntshona, CEO of South African Tourism, stated during Meetings Africa 2018 that the key to growing the South African MICE sector was closer collaboration between nations in positioning Africa as a diverse but integrated whole. The continent, not just South Africa, boasts the facilities, infrastructure and expertise to pull off world-class conferences, coupled with a variety of unforgettable leisure activities.

The Cape Town International Convention Centre is able to cater for conventions of up to 10,000 delegates, the Inkosi Albert Luthuli International Convention Centre in Durban is one of the largest in the country. Along with its adjacent Durban Exhibition Centre, it can handle conferences of up to 15000 delegates and Johannesburg’s infrastructure is spread across three of the city's premier venues: the Sandton Convention Centre, which boasts the most advanced conferencing and exhibition technologies available; the Expo Centre, the largest convention facility on the continent; and the Wanderers Stadium.

Wouldn’t it be great if the world’s leaders could experience Africa up close? How would the African air, sounds and people inspire the economic and trade discussions that could affect the lives of millions of people living in the world? Life-changing, I would say. 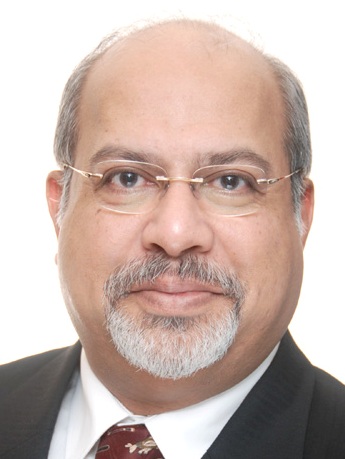 Shekhar is a veteran journalist and destination marketing consultant. With over three decades of experience in covering MICE and all aspects of tourism, he continues to travel extensively and contribute news, analysis and commentary on trends in the industry, globally. Email: shekhar.niyogi@gmail.com