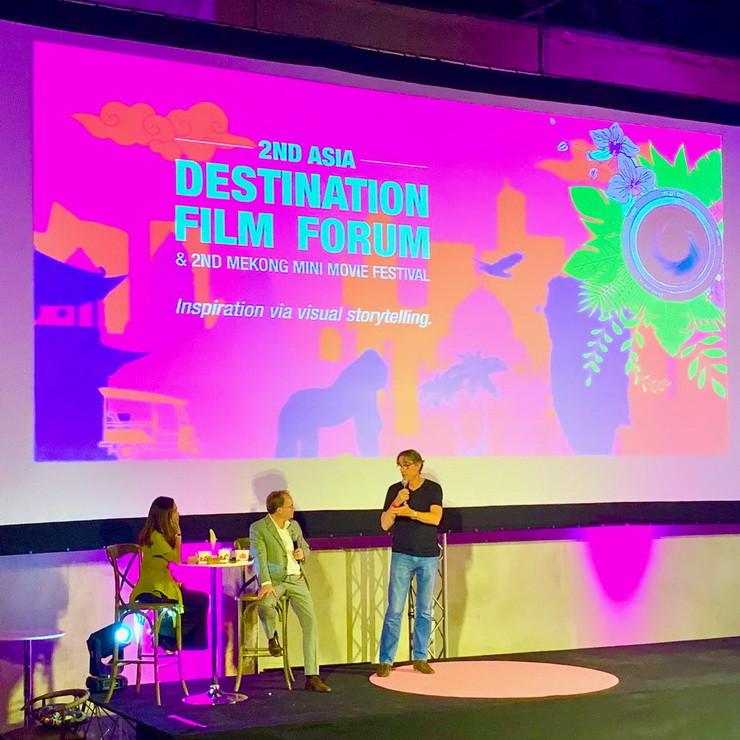 BANGKOK: The 2nd Asia Destination Film Forum held yesterday in Bangkok proved that interest in the art form had a wide audience throughout Asia. The Forum took place at Quaint in Bangkok’s trendy neighbourhood district of Thonglor/Ekkamai. An interesting venue, Quaint was an inspired choice, an eclectic mix of house, warehouse and outdoor courtyard with a 19th-century barn-like movie set.

Chaired by the Minister of Culture of Thailand and the Secretary-General of the Thai Film Federation,  in partnership with Mekong Tourism, PATA, and TravelMassive, organised by Chameleon Strategies, the Film Forum featured producers of award-winning films such as The Cave (Thailand), The Steed (Mongolia), and The Last Reel (Cambodia).

The evenings pop-corn filled announcements of winners of the 2019 Mekong Mini Movie Festival, in five categories (Cambodia, Laos, Myanmar, Thailand, and Viet Nam) was fun and light-hearted especially after a few shots of Mongolian vodka served during ‘cocktails’ beforehand.

Dr Jan Wisansing and Jens Thraenhart made the perfect team to host the evening with their easy banter and talk-show-host style. Add audience participation with live on-line electronic voting and it became a fun oscar-like occasion. “And the winner is....” was announced regularly,  immediately after votes were in for the three short film finalists viewed in each country category.

Earlier in the day, we had the announcement of the winners of the 2020 Asia Destination Film Awards in four categories: Public Sector, Private Sector, Film Makers, Video Bloggers, as well as a special award for Sustainable Tourism.

The Destination Film Party, hosted by the Ministry of Environment and Tourism of Mongolia, organising an authentic Mongolian BBQ in the outdoor courtyard-cum-stables was a great finale to this year’s 2020 Film Festival.

English born Andrew J Wood, is a freelance travel writer and for most of his career a professional hotelier. Andrew has over 35 years of hospitality and travel experience. He is a Skal member and a hotel graduate of Napier University, Edinburgh. Andrew is also a former member of the Executive Committe of Skal International (SI), National President SI THAILAND, Club President of SI BANGKOK and is currently SI Asia Area a.VP Southeast Asia (SEA), and Director of Public Relations Skal International BANGKOK. He is a regular guest lecturer at various Universities in Thailand including Assumption University's Hospitality School and the Japan Hotel School in Tokyo.