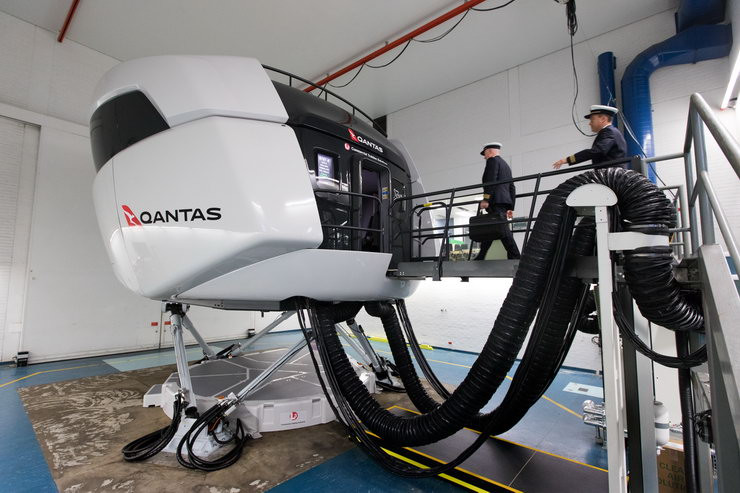 Onboard health and wellbeing strategies being tested on crew and volunteer passengers.

A study of passengers travelling on long haul Qantas flights has revealed the tricks travellers are currently using to help minimise jetlag. The research is part of ongoing studies the airline is conducting with the University of Sydney’s Charles Perkins Centre (CPC) to identify scientifically backed methods to reduce fatigue. Some preliminary findings were today released ahead of Qantas’ first Project Sunrise research flight, which will fly non-stop from New York to Sydney in a first for any commercial airline. The findings will be used to inform future service and product design aimed at increasing health and comfort during travel.

The initial study findings showed 54% of people surveyed used ear plugs or noise cancelling headsets to help them sleep on long haul flights. Thirty-eight per cent drank alcohol to aid their sky slumber and 10% used sleeping tablets. Thirty-nine per cent chose healthy food when they arrived at their destination to help with recovery. The study also revealed what passengers aren’t doing, with less than half of travellers (47%) surveyed not making a conscious effort to venture out into the sunshine upon arrival – a proven way to overcome jetlag.

Specialist sleep researcher Dr Yu Sun Bin, who is part of the CPC team, said while most people actively try to reduce their jetlag, the study with Qantas shows they are not doing what is most effective.

“We know that going outdoors for sunlight at the destination is one of the most important strategies for syncing the body clock, but only 47 per cent of passengers made the effort to do it,” she said.

“Drinking more than a few glasses of alcohol will make jetlag worse. It might make us fall asleep faster but beyond a certain point, it also disrupts the quality of sleep and causes dehydration.”

The detailed inflight studies were conducted across almost 500 passengers travelling on Qantas international flights longer than nine hours. The aim is to establish a baseline to help researchers and the national carrier design new in-flight strategies to promote in-flight wellbeing and reduce jetlag.

Among the new strategies already implemented for customers travelling on Qantas’ longest flight – Perth to London – are light therapy in the Perth Transit Lounge to help passenger acclimatise to the time zone, outdoor areas in both the lounge and terminal to provide exposure to natural light and a Wellbeing Studio in the lounge to encourage passengers to stretch.

As part of the next phase of research, the airline is repurposing three Boeing 787-9 delivery flights and using them to conduct studies on crew and passengers with the aim of improving wellbeing.

The new aircraft, direct from the Boeing factory, will be positioned at two destinations being targeted as part of Project Sunrise – Qantas’ plan to start direct flights from Sydney, Melbourne and Brisbane to London and New York.

The flights will only carry around 50 passengers and crew in order to give the 787-9s the range required. All carbon emissions will be offset.

On 18 October, six Qantas Frequent Flyer volunteer passengers will take part in the 19-and-a-half-hour flight from New York to Sydney with a unique inflight experience designed around recommendations from CPC researchers. They will be fitted with wearable technology devices and follow a specially designed sleep, food and beverage and physical movement schedule.

Qantas is also working with sleep researchers from the Cooperative Research Centre for Alertness, Safety and Productivity (Alertness CRC) who will carry out research on pilots and cabin crew.

Qantas Group CEO Alan Joyce said the airline is excited to be taking existing research strategies to the next level by conducting interactive onboard research using rigorous scientific protocols.

“Every time a new aircraft has allowed us to fly for longer, people naturally ask about the comfort factor. The fact that the longest flight on our network today, Perth to London, also has our highest customer satisfaction rating shows that you can design an ultra-long service that passengers enjoy. Plus it has the added benefit of getting you to your destination several hours faster, door to door.

“Project Sunrise is pushing the boundaries even further. We know we need to think harder about crew and passenger wellbeing when you’re airborne for almost 20 hours, and that’s why this research is so important.

“A lot of what we’ll be doing is world-first. We’ll be fitting pilots with equipment to monitor their brain patterns when they’re on the flight deck and when they’re resting.

“The passenger research will test alternatives to how airlines have managed inflight service for decades. Usually with night flights, passengers are provided with dinner shortly after take-off and then lights are turned off. But this may not necessarily be the best way to help reset a passenger’s body clock to the destination time zone,” added Mr Joyce.

“Innovation is part of Qantas’ DNA and these flights are no exception. Regardless of whether Qantas is able to forge ahead with Project Sunrise flights, this data will benefit passengers and crew travelling on existing Qantas long haul flights and we are excited to see what medical science can do to help shape how people fly in the future.”

Pilot and Cabin Crew research – in partnership with the CRC for Alertness, Safety and Productivity